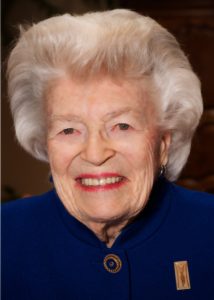 Dr. Howell is best known for her contributions to palliative care. She was instrumental in founding San Diego Hospice, the first teaching hospice in the United States, and served on the Board of Directors since its inception in 1977, becoming Director Emerita in 1989. For her work in pediatric oncology and as a pioneer in hospice/palliative care, Dr. Howell has received numerous awards. The palliative care service at UCSD/Moores Cancer Center is officially named for Dr. Doris Howell.

Upon her retirement, Dr. Howell became involved in the founding of the Doris A. Howell Foundation for Women’s Health Research, an organization that gives grants to students and established investigators for research in areas of women’s health and educates women to be advocates for their own and their family’s health care. 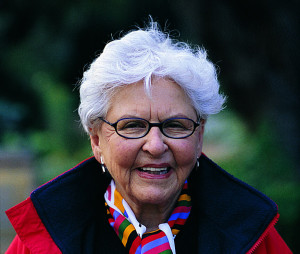 Deborah Szekely is a prominent Southern California-area activist, philanthropist, and writer from Brooklyn, New York.  Hailed by the Huffington Post as the "Godmother of Wellness," Szekely opened Rancho la Puerta, a health and wellness camp in Tecate, Mexico in 1940.  In 1958, Szekely opened the Golden Door, a smaller luxury spa property in San Diego.

Deborah founded (COMBO), Combined Arts and Education Council of San Diego County in 1978, which has raised over $25 million to support 21 cultural organizations. In 1978 COMBO raised over $6 million to rebuild the Old Globe Theatre.

In 2014 Szekely was inducted into the San Diego County Women’s Hall of Fame by the Commission on the Status of Women, the Women's Center at UC San Diego, and the Department of Women's Studies at San Diego State University.

The National CHEERS Foundation is proud to honor her with the 2015 National Cheers 2015 WOW Luncheon Award.
'
'

Help Us Make a Difference

Help us make a difference in the lives of women by making a donation in honor of the special woman in your life.

CHEERS FOUNDING MEMBERS
We at the National Cheers Foundation gratefully welcome and acknowledge the following individuals who had aligned themselves with our mission. Together, our mission to contribute to women of all generations to live life with vitality, free from the 5 primary health threats, can be realized.

The National Cheers Foundation is proud to share our Honor Page, where donors may make their contributions and donations in honor of a special woman in their life.

Kimberly Lee honored by her mother in law Jacqueline Sinclair